HOLISTIC APPROACH TO EDUCATION IN A MULTILINGUAL CONTEXT

Would you like to participate in this course next school year 2022-2023? Please make a pre-registration so we can keep you informed about this course.

You want to confirm your participation for this course in the schoolyear 2022-2023?

Dates can be subject to change and are only final after official confirmation by the course provider. 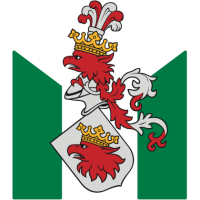 Multilingualism has spread in education and nowadays it has more visibility in school settings. Many schools in diff erent parts of the world have second or foreign languages as part of the curriculum. English is the most common second/foreign language taught at schools, but other national and minority languages are taught as well. Languages have traditionally been part of the education of the elite, but now that education is more accessible to all sectors of the population, multilingualism has become more widespread in education. Another reason for this spread is the mobility of the population. Today it is common to fi nd schoolchildren in the same class who speak diff erent languages at home, and these languages can be part of the school curriculum or not.

Multilingual education refers to the use of two or more languages in education, provided that schools aim at multilingualism and multiliteracy. The processes of learning and teaching languages may take place at school as part of the offi cial curriculum but also in complementary or community schools that teach the home language and culture.

When multilingualism is an educational aim, students are expected to become competent speakers of diff erent languages. One of the most important issues in this process is to identify the best possible conditions and approaches to teach second and foreign languages, that is, the most effi cient ways of ‘becoming multilingual’. These strategies necessarily include using the languages, and therefore ‘being multilingual’. Some schoolchildren have already developed communicative skills in two or more languages because they use diff erent home languages or they live in multilingual areas. They have experienced what ‘being multilingual’ means to a larger extent, and the school can develop such children’s competencies further so that multilingualism is an enriching experience.

– We offer a flexible cost structure, allowing you to select the package that fits best your personal or school situation.
– For a detailed explanation, have a look at our ‘Cost Structure‘.

– You can request an Erasmus Plus grant from your national agency which will cover almost all costs of this course.
– We can guide you through the process of funding and application. To do so, you need the make a pre-registration.
– After pre-registration, we’ll contact you by mail and provide the application help.